The buyer list is now available from today’s livestock sale. Addresses will be emailed to exhibitors in the coming days to write thank-you notes.

The Hardin County Fair Sale Committee is releasing a preliminary sale list for the 2020 Hardin County Fair. Due to the COVID-19 pandemic, the sale will sell in alphabetical order by exhibitor. The traditional sale order will be used. Champions will sell at noon. It is encouraged that families ensure their exhibitor is on this list. If not, please contact Jack McBride, Sale Committee Chairman, at [email protected]

Please note, this is not in order of the sale, but in alphabetical order by species, then by exhibitor.

Out of an abundance of caution for the safety of our team, and in an effort to comply with Ohio Governor Mike DeWine’s order, The Hardin County Fair office is closed to all walk-in and face-to-face traffic. The fair office team will continue to work remotely, and will be available by email or by phone during normal off-season business hours.

The Hardin County Agricultural Society will hold their annual election for Directors on Saturday, November 7, 2020 from 3:00 to 7:00pm in the Fair office at the Hardin County Fairgrounds.  Members of the Agricultural Society who reside in the townships open for election may vote on the director representing their township.  All other members may vote on two candidates for Director-at-Large.

Candidates who have turned in petitions are:

The election will be followed at 7:30pm by an annual meeting and the re-organizational meeting in the Arts/Crafts Building.  All members are invited to attend the annual meeting.

After a 36 year legacy, Nancy Rickebacher has retired from her post of leading the Hardin County Junior Fair Board.

“It’s time,” said Rickenbacher at the fair board meeting on Wednesday.

Her husband Paul was elected to the board in 1980 and a few years later, Rickenbacher took on the challenge of developing the Junior Fair Board Program in the county.

Rickenbacher has worked countless youth in her nearly four decades across generations.

“I’ve now had the kids of former Junior Fair Board members in the program now,” she laughed.

Sherri Beale has been named her successor.

The Hardin County Agricultural Society met Wednesday, October 7, 2020, for their October board meeting.  Sixteen directors and twelve guests were present.

Brad Murphy, Board Vice President, called the meeting to order.

Roger Crowe, Hardin County Commissioner, commended the Board on having a great JR Fair and noted there will be more CARES Act money available.  He encouraged the board to look for more projects to use some of the money.  The deadline for projects needs to be turned in by November 20th, with bills needing to be paid by December 30th, 2020.

Mark Badertscher, Ohio State Extension Agriculture and Natural Resources Educator talked about the virtual carcass show and how successful it was.  There have been over 2,000 views for the show which was held virtually.

Grant Mizek introduced himself and stated his reasons for wanting to be a fair director.  He will be running for an at large director position in November.

Many thank yous were read from community people and Junior Fair exhibitors, for having a Junior Fair this year. A thank you was read from the United Way and upcoming fair district meetings were discussed.

Judi Cronley, Hardin County Agricultural Society Treasurer gave a report on how the JR Fair did financially.  The fair came out on top financially, with help from the County CARES Act and state money received for having a Junior Fair.

The executive committee will be meeting soon to work on the budget for next year, contracts, bonuses, and rental rates.

Kelly Buchenroth, chairperson of the Building & Grounds Committee stated winter storage began Oct. 1st at $25 a month for vehicles and $10 per linear foot for boats, trailers, campers, RV’s, etc.  Inventory sheets were passed out to directors to update for insurance purposes.

Jack McBride, the chairperson of the Junior Fair Livestock Committee, gave a report on the Livestock Sale.  There were 362 livestock exhibitors this year, with 320 exhibitors going through the sale.  Total gross sales were $350,059.61, total premium bids were $168,075.00, and total add on bids were $123,998.00.  There were 91 livestock exhibitors who donated a total of $3,690.00.  There are currently 35 buyers who still need to pay a little over $37,000.  Livestock checks will start to be printed next week and will be sent to those exhibitors whose buyers have all paid their check amounts.  Also noted by the swine committee chairperson, Charlie McCullough, is that all tests for the champion and reserve champion hogs came back clean for ractopamine.

Sherri Beale, Junior Fair Board Advisor, stated there will be a restructuring done, on how the JR Fair Board is composed of kids, this year. Nancy Rickenbacher, who has been an advisor for 36 years, stated she will be retiring at the end of this year.  Nancy reminisced about her many years as an advisor.

Kolt Buchenroth gave an estimate from Pixelfire Design to have the Fair Web Site totally redone.  The directors moved to go ahead with the estimate of $1,805.

Under old business: Season/Membership ticket combos can still be purchased in the secretary’s office for $22 until Wednesday, Oct. 14th.  This ticket will allow someone to run for a director position and vote for directors at the annual election.  Most of the JR Fair premium money has been mailed, except for smaller checks and those will be sent with their Livestock Sale Premium Checks in the same envelope.  Petitions for the November Election for fair board directors are due by Friday, Oct. 30th at 4 pm.  Up for election this year are Goshen Twp. for a one year term, Blanchard, Cessna, Marion, McDonald, Taylor Creek, and 2 directors at large positions for 3-year terms.  Anyone wanting to run for one of those director positions needs to have a 2020 membership.

Under new business: It was noted committees needing a budget for next year, needs to meet this month, to present their requests for next year’s budget to the executive committee.  Directors moved to request the 2021 fair dates be Sept. 7th – 12th.  The Ohio Fairs Fund Money for 2021 will be requested.  The annual membership meeting and the reorganizational meeting is scheduled for Saturday, November 7th at 7:30 pm in the Arts/Crafts Building. The annual Fair Board Director Election is also scheduled for Saturday, November 7th from 3-7 pm in the Fair Board Office.  Brad Murphy, Craig Stump, Christa Rarey, Austin Eibling, and Jake McFadden accepted to be the clerks and judges for the Fair Board Election.  The next Fair Board meeting is scheduled for Wednesday, November 4th at 7 pm in the Arts/Crafts Building.

The Hardin County Fair is announcing that all four swine champions tested negative for ractopamine following the 2020 Hardin County Fair. In collaboration with the fair veterinarian’s office and the processing facility, each animal’s kidney was collected for testing. These tests –  commonly referred to as the “lifetime test” – evaluates the use of ractopamine throughout the animal’s life. Each exhibitor was required to produce an affidavit certifying that the animal hadn’t been fed ractopamine, the active ingredient in brand-name products like Paylean® and OptaFlexx®. Breeders were also required to submit an affidavit certifying the same.

“We said we were going to test as testing allowed, and that’s exactly what we did. Ractopamine is a banned substance at the Hardin County Fair. We believe that because of this, our fair saw one of the highest rebuy bids on hogs in Northwest Ohio,” said Charlie McCullough, Swine Committee Chairman. “We are proud of our exhibitors for abiding by this new guideline. We know this required altering feed programs and generated some uncertainty. Thank you for sticking with us.”

To avoid positive tests, all surfaces that hogs would come in contact with were deep-cleaned prior to the start of the fair to prevent ractopamine contamination.

More information on the ractopamine policy, resources on a ractopamine-free swine project, and more can be found at hardincountyfair.org/ractopamine. 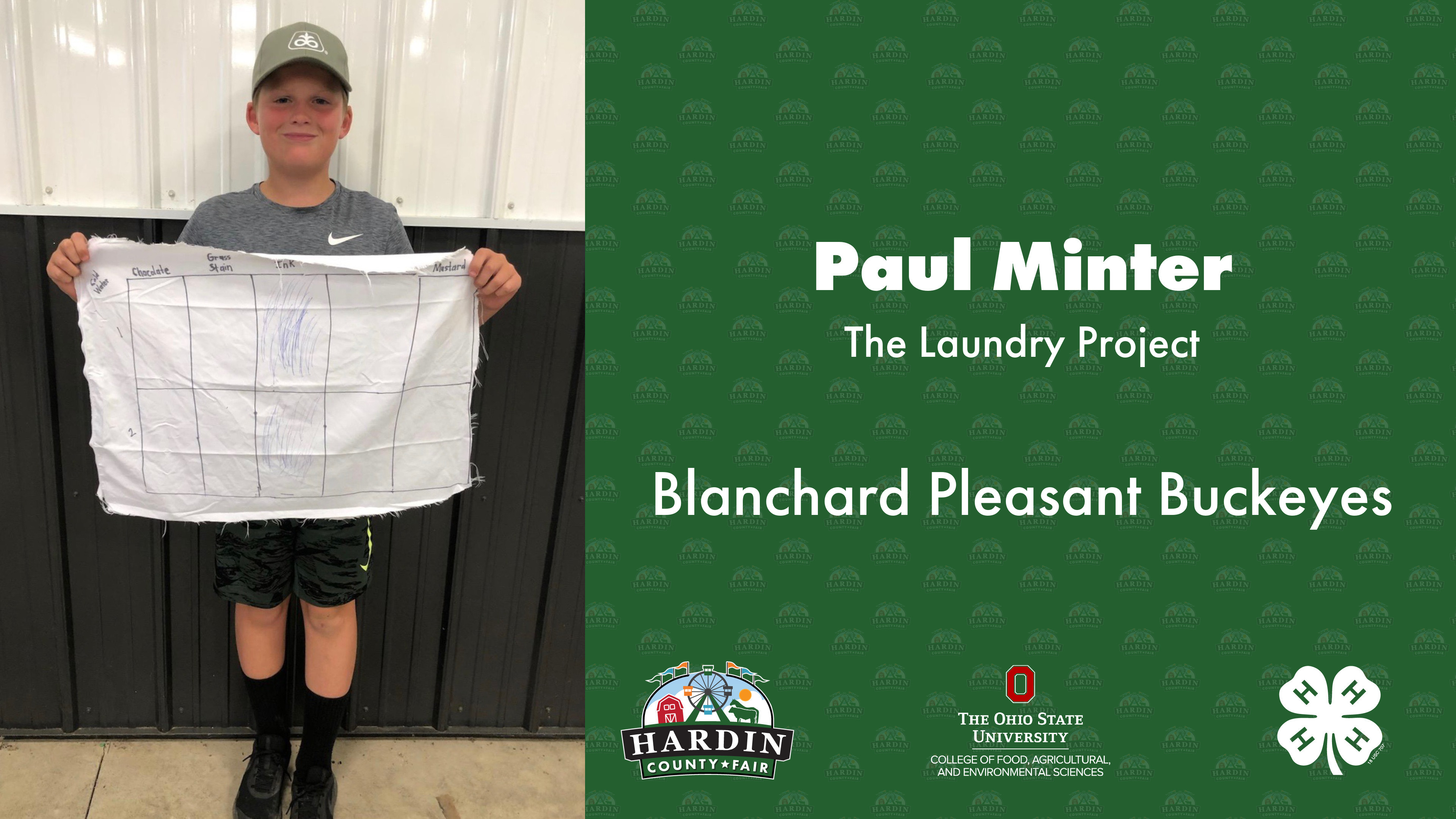 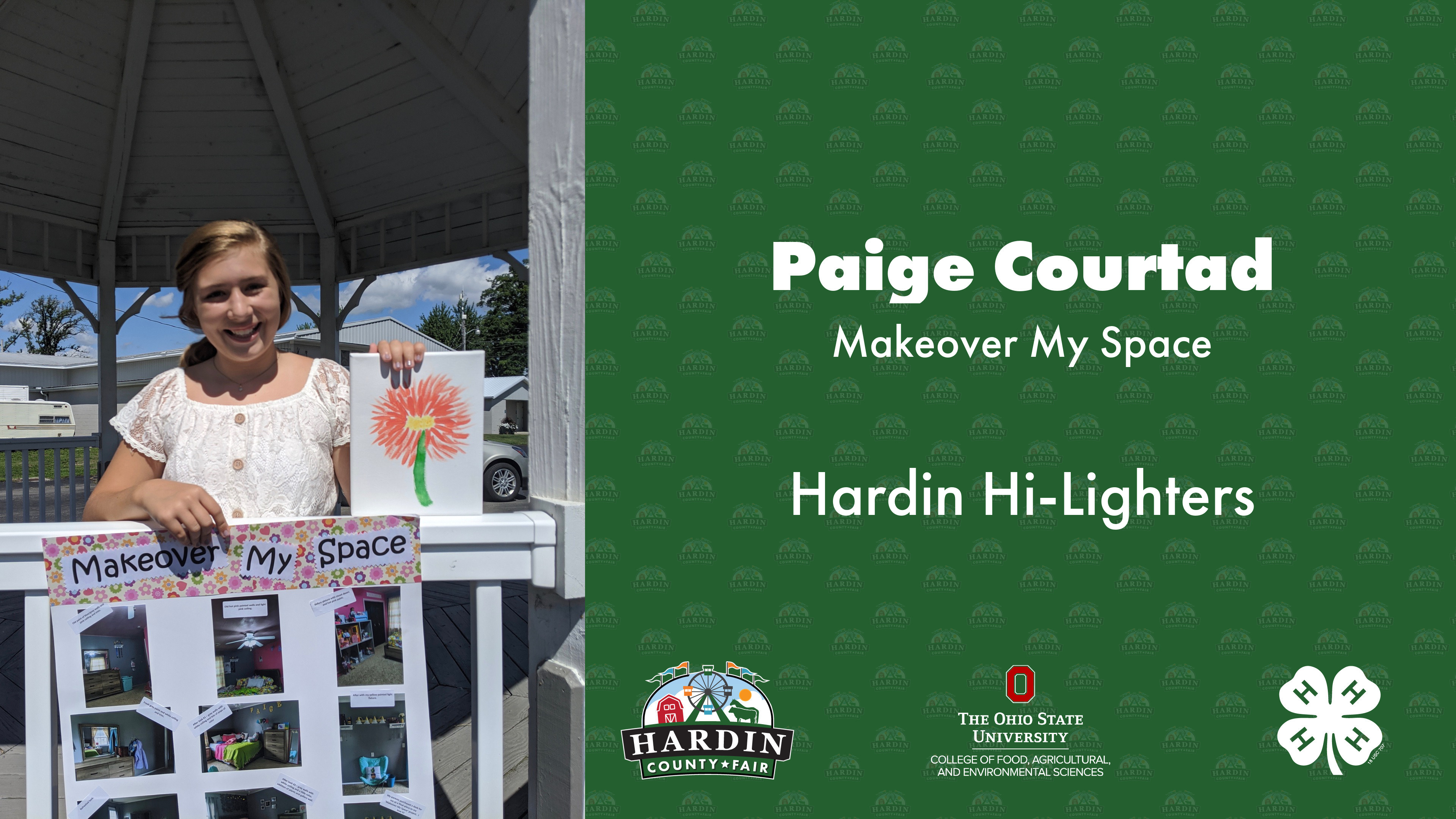 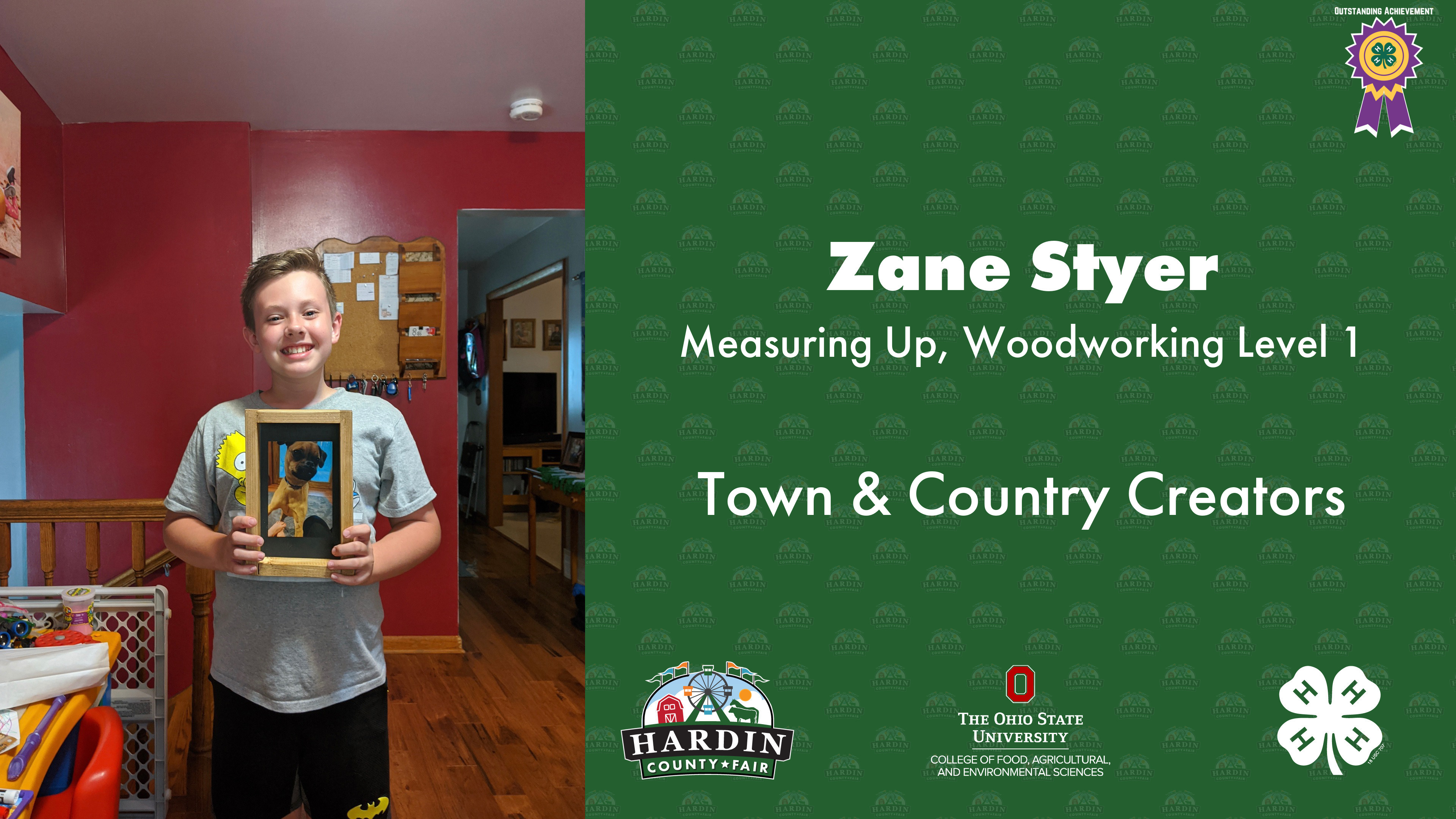