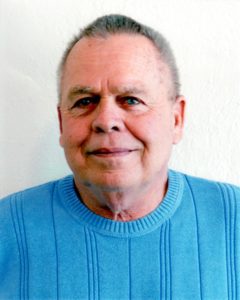 The Hardin County Agricultural Society would like to honor Jim Bidwell for his many years of service to the Hardin County Fair. Jim was a fair board director for 33 years, representing Taylor Creek Township since 1983. He served on the Ground’s Committee for several years, where he helped initiate removing the old water fountain and replacing that area with the gazebo. He was on the committee to build the community building, the parking lot at the community building, the shelter house and an addition to the arts/crafts building for the flower department. During his time on the board, new roofs were added to the show arena and arts/crafts building. He helped plan the building of the concession office beside the secretary’s office and helped acquire ground on the west side of the fairground for more parking. Jim also helped with installing new water lines and storm drains on the grounds. Jim and his wife Marilyn helped start the golf cart shuttle committee in 2007, which is still ran by Marilyn and Jim to this day. Jim started the Dairy feeder and dairy steer program.

Jim has served as President and Vice President of the society, along with many other committees other than the grounds and shuttle committees. Jim started attending the Ohio Fair Manager’s Convention as soon as joining the Board and thoroughly enjoyed attending the many educational sessions there. Jim attended the Ridgeway School and graduated from there in 1961. He was a 4-H member and FFA member where he showed dairy, hogs, sheep and chickens at the fair.

He was a 4-H advisor for the Taylor Creed Lads & Lassies 4-H club for around 10 years. Jim is a retired farmer and worked for Tice Construction. He also drove school bus for Ridgemont Schools. Jim still mows grass for people in his spare time. Jim attends the St. John’s Evangelical Church, where he is very active on their church council. Jim is also a 9 year Taylor Creek Township Trustee and a member of the Hardin County Farm Bureau. Jim is also on the Belle Center Emergency Squad Board and was a past member of the Soil & Water Conservation Board. Jim and his wife Marilyn of 48 years, have one son Darin (Shannon) Bidwell of Kenton.